SGS is pleased to release Volume 2 of William Stukeley’s Memoirs of the Royal Society.

Volume 2 spans the period from to April 1742, when Stukeley ‘quitted [his] house in Glocester street, & retired,  for alltogether, to Stamford’. Yet in February 1748 he returned to London as Rector of St George the Martyr in Queen Square. Stukeley would remain in London until his death in 1765. 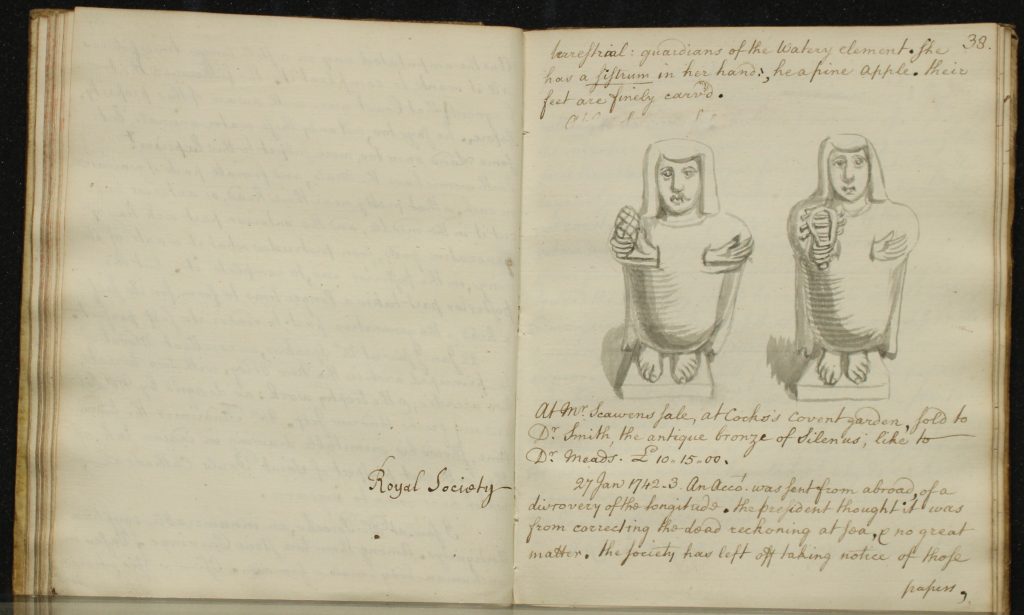 Among the notable topics in Volume 2 are the early horological works of Benjamin Harrison; the discovery of the polypus or hydra; and a prototype canon capable of firing 20 balls in quick succession, a precursor of the machine gun. Volume 2 also introduces readers to the important but short-lived Egyptian Society, of which Stukeley was an associate member.

We hope you enjoy reading Volume 2.

Musings from the Museum 19