Musings from the Museum #8 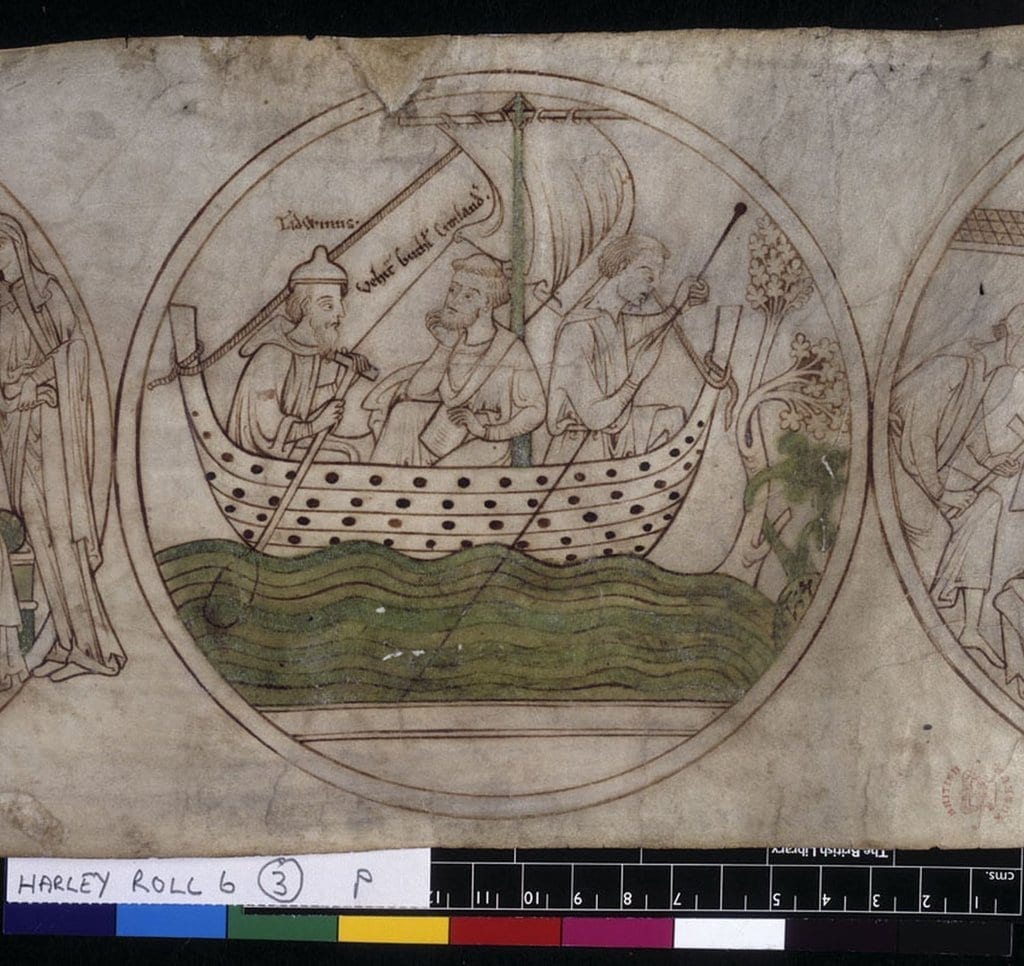 Lordships of Manors – The Manor of Crowland

Following a visit to the Spalding Gentlemen’s Society in Broad Street, after a very long absence. Ian Hoult very kindly showed me round and introduced me to one of the “stars” of the vast collection. The Crowland Cartulary. This early medieval manuscript was just astonishing to me. I am a volunteer archivist for Crowland Abbey, and none of the documents and records I care for have real antiquity. So, for me, to see this amazing book was revelatory… and to be able to touch it (with thoroughly scrubbed hands) and to be able to carefully turn the pages, and hear the sound and feel the texture. It was very special. It is easy to forget the skills needed to produce such a tome; the collecting of the animal skins, and the long preparation to make them ready, the scraping, stretching, preserving, curing and dressing just to make each individual leaf that was required, (along with the rejection of any imperfect skins); because such a book could only be produced using the best materials.

The gathering, preparing, and cutting of the quills, is another feat. Facing down annoyed geese, and gathering discarded quills from abandoned swans nests, (whilst avoiding very smelly swan poo – I remembered not to wear sandals on the second sortie), and almost falling in the Welland, my sympathy for the ancient scribes increased somewhat. At risk of sounding like Phil Harding, with his flint knapping on Time Team, I quickly discovered swan quills, in particular are much better trimmed using flint, rather than even a scalpel blade because they are softer quills and splinter easily. I am sure swan’s quills would have been used, because Crowland Abbey, very unusually, was permitted to keep and sell swans, a privilege granted by the Crown.

Many years ago, having trained as a cartographer, drawing on both vellum and sometimes dressed linen, (a fiendishly hideous material to draw on); I decided to learn calligraphy, it seemed a useful and complimentary, skill to have if drawing maps, Rotring drawing pens are great for fine lines on maps but are not remotely suited to lettering.

Naturally, the archivist in me, wanted to be able to use quills, as well as modern calligraphy pens, I dread to think how much paper, ink and modern acetate mapping film I wasted trying to acquire the skills of the medieval scribe and cartographer. Eventually, I managed to produce something that was at least legible, but hardly skilled. I went back to modern calligrapher’s tools in the end. Occasionally, I have another try, but the results are very hit and miss.

Looking at the beautifully controlled hands that produced the flowing script in the Crowland Cartulary, I am put to shame. The ink flows with consummate skill and penmanship despite using such basic tools. It is only to be marvelled at.

My own attempts at ink making were reasonably good or so I thought at the time of brewing the stinky mixture. We have abundant walnuts and oak galls in the garden to use, and I had managed to track down some gum arabic and some very noxious vinegar, but I have never perfected my ink to be stable enough to still retain its dark hues even five years on, let alone after 900 years!

I undertook a brief foray into book binding, and conservation. My Dad had taught me a bit when I was younger. He like most boys of his age, learned book binding at school. Again, I doubt my paltry efforts would be anything like as sturdy as the Cartulary in years to come, but it did make me realise just what was involved in producing a sturdy volume that was able to withstand years of use without falling apart.

Suffice to say, my visit to SGS filled me with wonder and a real appreciation for the efforts that were made by so many people in order to produce something so extraordinary. Had I met a unicorn on the journey home for Broad Street, it wouldn’t have been as exciting for me as seeing that book!

On my arrival home, feeling inspired, I fished out a sheaf of papers from the Crowland archive which had never been transcribed and set about producing a document from them. Had I chosen vellum, quills, and ink as the medium for its production, I doubt it would ever have been finished.

‘The Manor of Crowland, in Lincolnshire‘ is my transcription of a handwritten document dating from around January 1967. The original author is, as yet, unknown. I have transcribed it faithfully so some of the grammar is still quirky, I have also included some additional handwritten notes by Ron Cooke. The pink notes are regarding a particular word or phrase, or where I am unable to read the word. It would be interesting to see how much of the notes I have written here correspond with the wording of the Cartulary.