Musings from the Museum #3 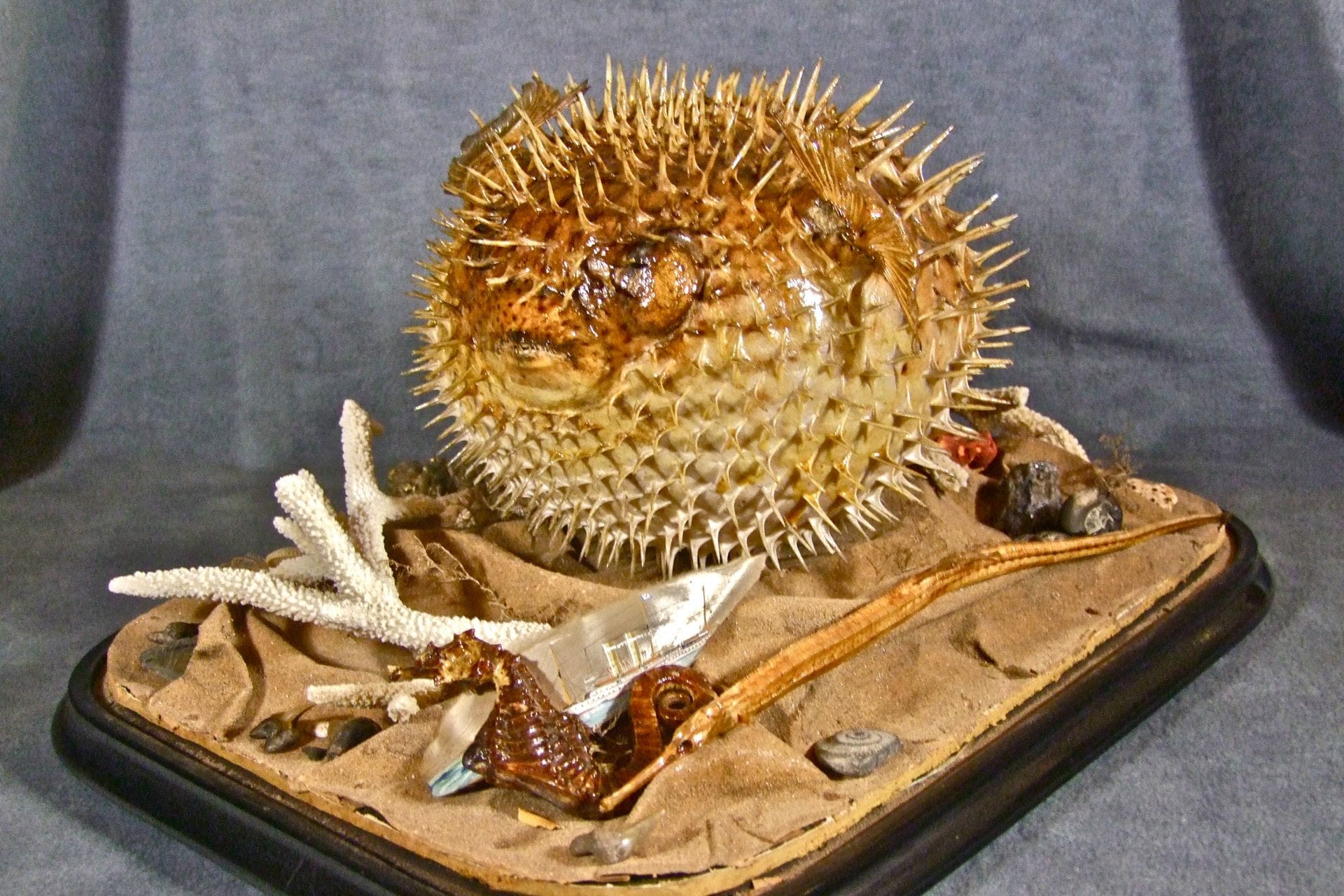 Musings from the Museum #3

I am a volunteer assistant curator and steward at the Spalding Gentlemen’s Society, one of my other duties is organising visits to the museum.

I came to the Society with no museum experience at all but have gained a considerable amount of knowledge since joining the SGS. This has mainly been gained from working in the museum, but we find that often we can gain some interesting information from the visitors themselves.

One instance which comes to mind happened when a local couple contacted me with a problem. Their granddaughter was coming to stay with them and they were looking for somewhere to take her which she may find interesting. I volunteered to give them a tour of the museum which, as with most people, she found fascinating. During the visit she spotted a stuffed Puffer Fish (we have two). She pointed out that she was studying marine biology at university where she had seen videos of dolphins playing football with puffer fish. When the fish are attacked they blow themselves up with water which makes the spines on their skin stand out and therefore difficult to swallow. That was interesting enough but it was what came next which really sparked my interest. She had an idea that, somehow, the dolphins got some kind of high from this.

After the visit I thought that I needed to investigate this further. 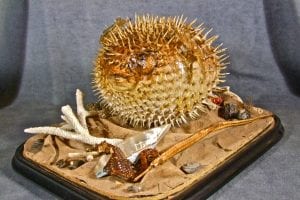 I found that, apparently when puffer fish are attacked they not only blow themselves up as a defence, but also eject a potent chemical called tetrodotoxin, which is a very poisonous toxin (and the dolphins’ recreational drug of choice) produced by bacteria in the fishes’ gut. Each fish has enough poison to kill about 30 people. The dolphins are careful not to swallow the fish, just upset it enough for it to eject small quantities of the toxin.

The result is that the dolphins’ behaviour changes considerably. Footage filmed for the BBC showed a group gently passing round a puffer fish and nudging it to make it eject the poison. They had obviously done this before! This resulted in very erratic behaviour in the dolphins, including floating just underneath the surface as if fascinated with their own reflections

Working at the SGS can lead to learning some remarkably interesting facts!

It should be noted that it is safe to handle dried puffer fish, but gloves are recommended.

[This post is part of our series of ‘Musings from the Museum’ written by Society members, volunteers and friends. If you would like to contribute, please email outreach@sgsoc.org.]

Musings from the Museum #2

Musings from the Museum #4