The Spalding Gentlemen’s Society is delighted to have Richard Montague Douglas Scott, the 10th Duke of Buccleuch and 12th Duke of Queensberry, as its Patron.

The 2nd Duke of B 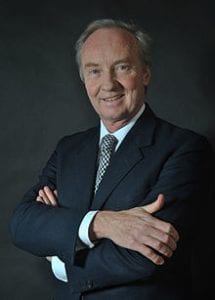 uccleuch became the first Patron of the Society in 1732, and the 9th Duke was also Patron until his death in 2007.

The Duke, who visited the Society 2016, accompanied by Crispin Powell, archivist at the family home at Boughton House in Northamptonshire, comments: “I am honoured to be asked
to re-establish this historic family link, and was hugely impressed by the determination shown by the Society’s office bearers in pursuing a vision that will enable it to make a rich and relevant contribution to 21st century life.”

As a former Trustee of the Heritage Lottery Fund, The Duke of Buccleuch has been closely involved in the heritage world and he is currently President of The Georgian Group and a Trustee of The Royal Collection. He believes that it is vitally important to share cultural experiences and enable people across the community to explore and learn about their past. Given that the Society’s collections are of great local history interest as well as being in several respects of national importance there is an exciting opportunity to broaden their accessibility and create a tourism destination for visitors.

The Society’s President Professor Michael Chisholm said he was very happy that the Duke had offered his support. “Although other commitments mean that he may not be a regular visitor to Spalding, his public endorsement for the Society will be invaluable at this important moment in the Society’s history as it seeks to discharge its charitable purpose more effectively.”