Musings from the Museum #9 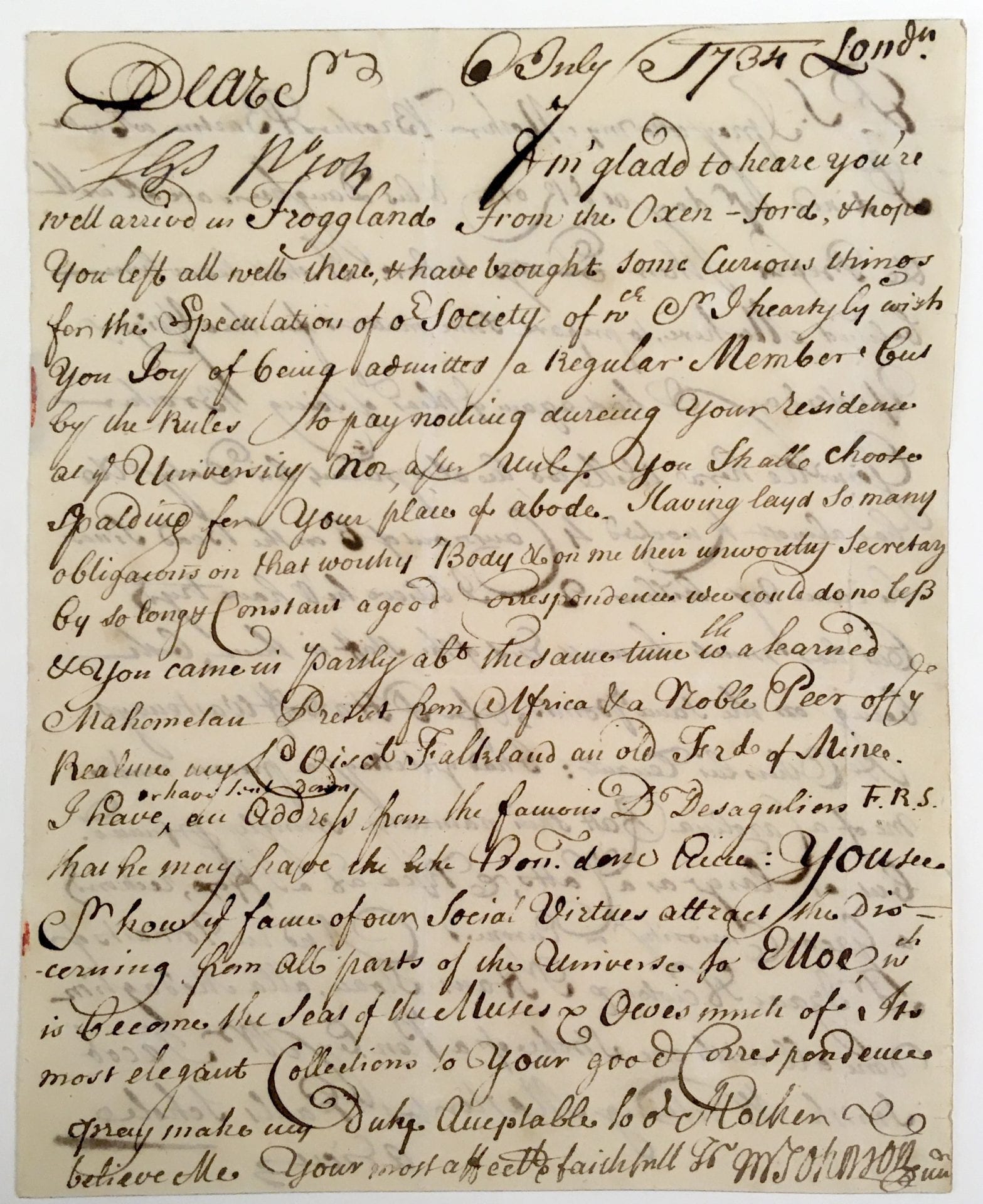 As I’m a historian, I will start with a date.  In 1992 I had just moved from school-teaching to educating adults and was teaching a course in the History of Science and Technology for the Open University.  I was in search of local historical material which could make the scientific work of the past seem relevant to Lincolnshire students; someone in Grantham, near where I lived at the time, mentioned a very unusual set of eighteenth-century documents kept in Spalding.  So I bravely ventured from Kesteven across the Forty-Foot Dike into the Parts of Holland, where the SGS President, Norman Leverett, proudly showed me an unbelievable archive of documents from the early years of the Spalding Gentlemen’s Society, including minutes recording scientific observations.

I realised that here indeed, in the Society’s archives, was a complete window into the world of the early eighteenth century, a favourite period for me.  The six volumes of minute books provided plenty of material for a PhD, which I undertook, on ‘The Communication of Science in the East Midlands of England, 1710-60’.  I was proud to present a copy of my findings to the SGS in 2002, in gratitude for their assistance and I had been equally happy to become a member of the Society, following in the footsteps of Newton, Celsius and a number of other eighteenth-century scientists, both well-known and obscure.

Far from exhausting the resources of the archives, this was only the beginning.  I was soon blessing the name of our founder, Maurice Johnson, for his precise and careful keeping of the SGS’s records, the most complete of any left by an eighteenth-century learned society.  I discovered the remarkable Treasurer’s account books, unparalleled in Europe for their period, which give week-by-week accounts of the subscriptions from members and expenditure on refreshments as well as equipment for their studies.  The amazing hand-written catalogue of the original library collection drew me to the collection itself, still looked after today.  It was built up by the Society which kept rigidly to its original rule that every new member must give the SGS a book, or books, to the value of one pound.  The range of titles gives a helpful insight into what the early eighteenth century thought was worth reading.  This collection is complemented by the seventeenth-century Spalding Parish Library, cared for by the SGS ever since the days of its first set of rules in 1712; indeed, the cleaning and care of the Parish Library was one of the first tasks the new Society set itself when it began.

To my great encouragement my wife Diana became equally fascinated and was kindly admitted by the Society, who did not have women members at the time, to join me in my exploration of this eighteenth-century world.  Together we were able to work on the huge collection of correspondence, over 500 letters from the Society’s early years, containing discoveries and information they wanted to send to the SGS; this could be anything from the track of a comet observed in Greenland to a ‘strange fish’ found near a local dike and what sort of tea-tray was now fashionable in London.  This led to our being able to publish, via the Lincoln Record Society, a calendar, with some transcriptions, of the SGS’s correspondence from 1710 to 1760.  In recent years, many members are discovering the fascination of the Society’s documents and the thrill of transcribing them; more volunteers for transcription are always welcome.  Luckily much of the handwriting of that period is more legible than the mediaeval documents in the Society’s collection though a few are almost illegible at first. A prominent correspondent, Dr William Stukeley, has a surprisingly legible hand; our founder, Maurice Johnson, has a beautiful hand with some elegant flourishes, so that reading his work is a pleasure.

Let me finish by sharing a letter that Johnson wrote to his much younger step-brother Richard Falkner, then an undergraduate at Lincoln College, Oxford, welcoming him as a member of the SGS in 1734.  Please note the other new members that Johnson welcomes, notably the “ learned Mahometan Priest from Africa” – but that’s another story!