Musings from the Museum #5 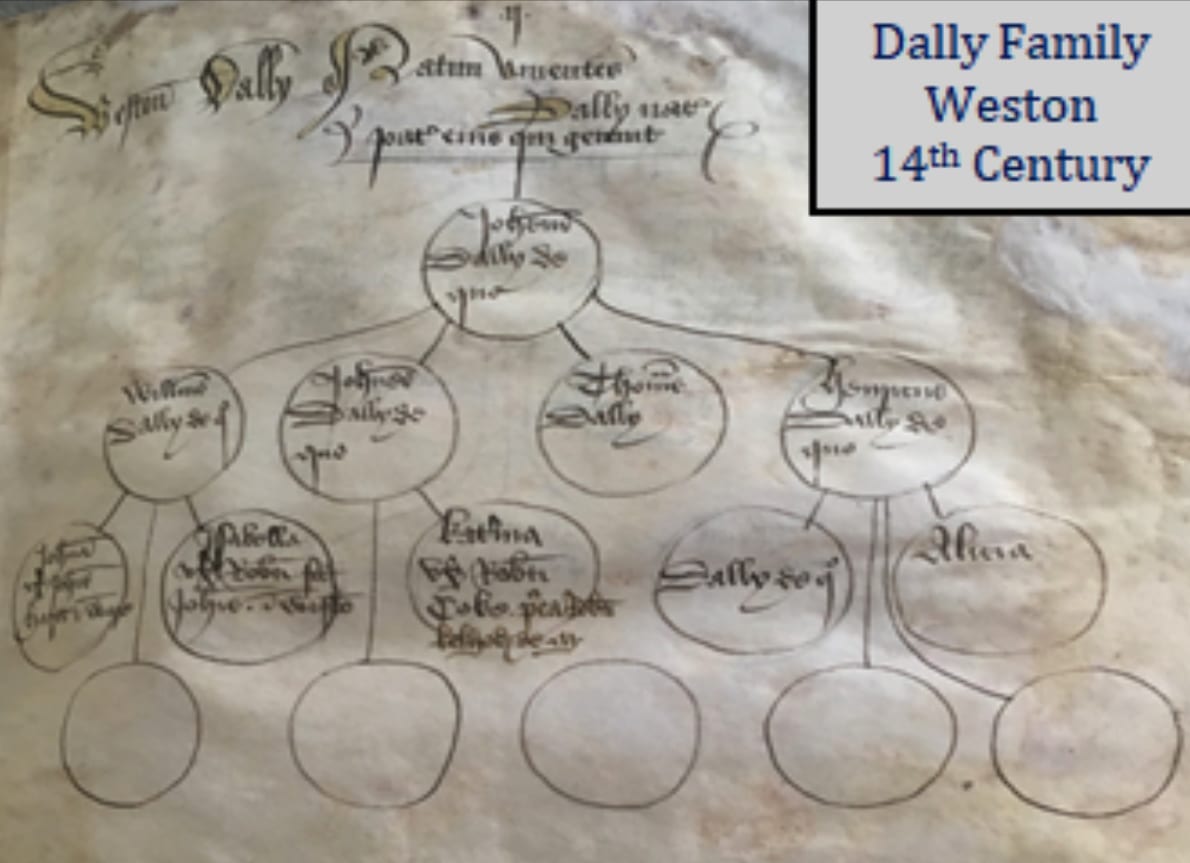 In the Society’s archives there are many surviving medieval documents that contain a wealth of information for the local historian. The best known are the Crowland Cartulary (a detailed account of the rights and privileges of Crowland Abbey in the middle ages) and the Myntling Register (a collection of records for Spalding Priory primarily from the fourteenth and fifteenth centuries). There is also a large collection of other documents from the period including a near complete set of manorial records for Gedney from the reigns of Richard II and Henry IV as well as a detailed master mason’s account for Pontefract Castle. These have been a valuable source of information for social and economic historians of the later medieval period including Hallam, Platts and Bailey.[1]

The Myntling Register contains information on the Priory and how it managed its estates across the Wapentake of Elloe (now South Holland). It details the appointment of officials essential to the safe and smooth running of the commercial enterprise that the late medieval religious house had become. An example of this is a record of the appointment in 1421 of John Atkyn, Thomas Spanogh and William Rede as Dyke Reeves for the marshes of Northfen and Southfen by Spalding. These were important roles as they were responsible for maintaining the flood defences and drainage of this vulnerable low-lying region. The document also contains information on the many and varied fines that were intended to maintain discipline on the Priory’s estates as well as to help fill the Prior’s coffers. An example were the fines for being absent from the land without permission, such as the Hobson family from Whaplode in 1460. There was also the merchet or marriage fee that was paid by servile tenants on Priory lands for the right to marry and was in part to compensate the Prior for the potential loss of income from that person. The payment could be in money or in goods, such as the fine of two capons paid in 1428 by Gregory Sherwin for licence to marry Joan Halden of Moulton.

Much of the Myntling Register is given over to ‘villein pedigrees’ which were family trees of servile tenants (serfs) on the Priory estates. The purpose of the pedigrees was most likely to enable the Prior to keep an accurate record of the people owing labour duties and payments. The following figure shows the original document for the Dally family of Weston along with a translation. It is unusual in that it displays the family tree graphically in a format that the modern reader would be familiar with rather than just a list of family members that is typical of other contemporary records. It contains a wealth of detail showing family relationships and referencing the court rolls in which they can be found. Unfortunately, these documents have not been discovered so it is difficult to date the pedigrees. However, as I mentioned earlier the Myntling Register contains records of merchets and one from 1335 refers to a fine of £1 for licence for Katherine daughter of John Dally of Weston to marry Robert Cokes. So by comparing the different records it is possible to start to fill in some of the blanks in the family tree. 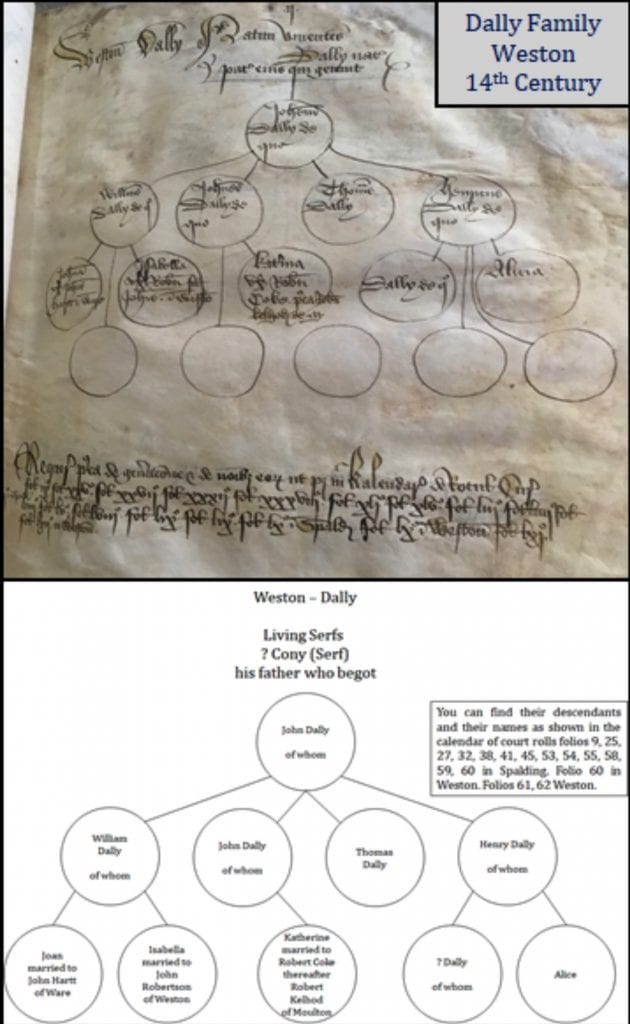 Similarly, the pedigree for the Halden family, also of Weston, notes the marriage of Joan daughter of Thomas Halden to Gregory Sherwin which can as seen earlier be dated to 1428. The family tree shows that there was a degree of social mobility even at this early period with Joan daughter of William Dally marrying John Hartt of Ware and presumably moving to Hertfordshire. The pedigree for the Cony family shows that Katherine daughter of Atkyn Cony went to Ramsey possibly to join a religious order. The villein pedigrees are a useful tool to help with building an understanding of late medieval society in the Lincolnshire Fenlands, particularly when cross-referenced again other available records. They help to paint a picture of local families and how they interacted with their neighbours (both the Dally and Cony families have numerous links, mostly through marriage, with the nearby settlements at Spalding, Moulton and Whaplode). It is necessary to be cautious as the pedigrees can be frustrating as they are not only difficult to date but do not contain any other supporting information such as details of land holdings and servile obligations (these would be in the missing court rolls).

Although the original documents are in medieval Latin and of variable quality it is fortunate that a handwritten translation from the nineteenth century has survived and is in the library. For the local historian with an interest in the social history of the region in the later middle ages then the villein pedigrees in the Myntling Register are an excellent place to start. If you would like to find out more then please contact me.