Musings from the Museum 17

Musings from the Museum 17

It seems such a long time ago when, one evening at the end of October 2011, at an informal gathering in the Lecture Room, a sample of photographs taken from the Society’s glass-negative collection was shown as a Powerpoint presentation to members for the first time. This came about because, over a couple of years, I had made steady progress in the (self-imposed) process of digitising this rather vulnerable collection of about 800, 5″x7″ glass plates into positive computer images. With about 60% completed, I felt it was time to let some of them see the light of day for the first time in over one hundred years. It also echoed the president’s view that more ought to be done to utilise the Lecture Room to air some of the Society’s collections and presentations like this one seemed like a step in the right direction. Since this early work, many more negatives have come to light, in out-of-the-way corners and the collection has been found to be about twice the size first thought.

The collection includes both glass negatives, smaller glass lantern-slides (positives) and some examples of early ‘plastic’ film, all estimated to date between 1890 and 1910. Much of the material is thought to be the work of E. E. Smith, a past member of the Society and at one time its curator. His main interest, apart from photography, lay in the production and study of stained glass and there are a number of negatives of examples of the latter art. However, it is known that other members of the Society were active in the local Photographic Club and so it is possible we are seeing some of their work, too. The collection is an eclectic mix of events; panoramic views; streets and buildings; people at work or posing in groups or as individuals.

Card boxes containing the plates are numbered and the very basic original index lists about half of the collection’s contents. Sadly, many items are described as ‘unknown’ and it is hoped, now that the back of the digitization task has been broken, investigation can be carried out to identify the ‘mystery’ images – although I fear many will never be resolved. However, it is satisfying to report that some successes have already been made on this front.

By way of illustration, in Box No.53 contains twelve negatives originally indexed as ‘unknown views’. These show hilly, rocky countryside, a croft, steam ships, piers and a small community with a church and to me, the views suggested Scotland. Paper prints were sent to a friend who is a Scottish local history ‘buff’ with a simple plea: “any ideawhere these are?” His response was: “probably Iona and Mull.” Sure enough, when the community/church view was compared to a modern view (via Google and my own holiday snaps) they had both been taken from an almost identical camera position: on a ferry from Mull – “over the sea to Iona” – as the song goes. 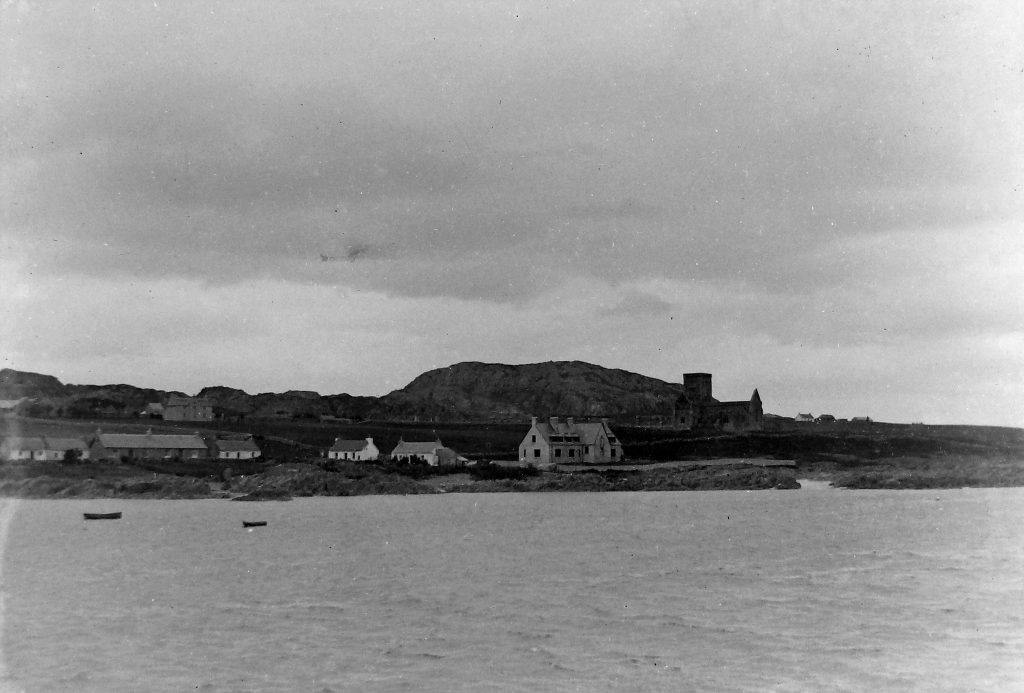 1. B/W: 53j Iona 1900.​Isle of Iona from steamer ferry from Mull, circa 1900. Church in need of repair to roof and tower. Note shape of hill in background and row of cottages near a small inlet. 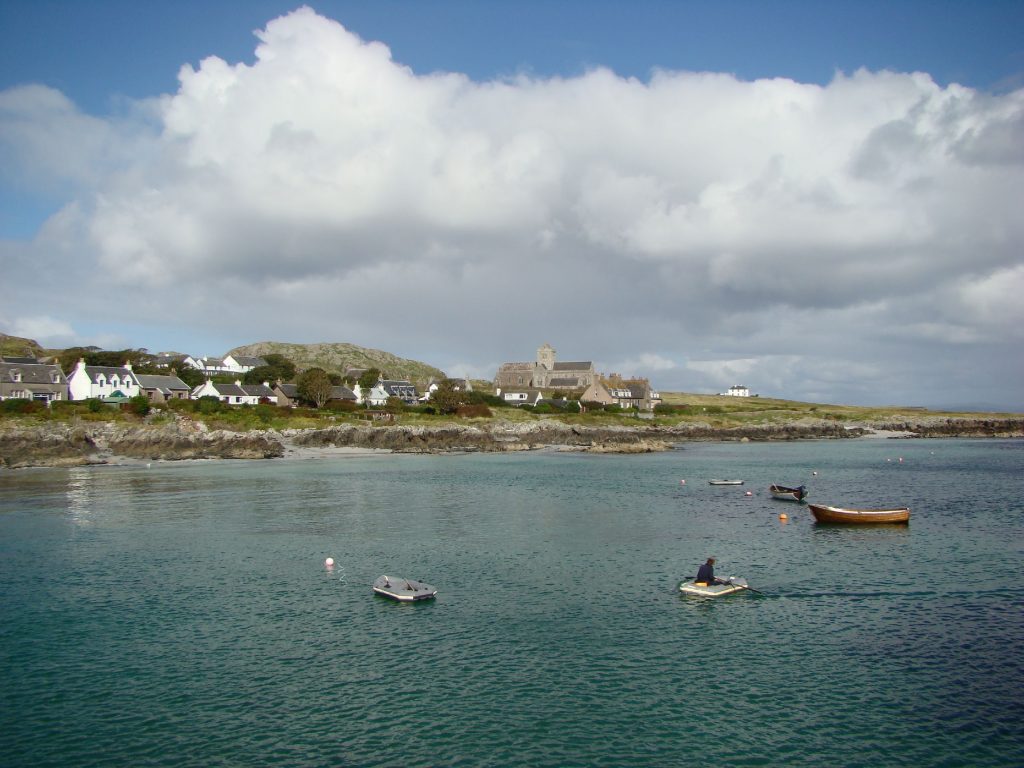 Closer to home, in Holbeach Church is the Littlebury tomb – photographed on twelve plates in Box 21. A local monument, of course, but nothing informative was written in the collection index. It is simply listed as ‘Littlebury Monument.’ So, with notebook in hand, I called in at the church to see Sir Humphrey for the first time. My visit coincided with an art &craft exhibition and I hoped there were ‘people who knew’ present. However, it seems the sum total of all knowledge was on view in a single small piece of typescript (about A5-size) mounted in a picture frame, propped up against the recumbent form of our trusty knight. This short note was copied and will be added to the SGS collection index. During this small investigation, it was found that the tomb had been moved within the church since the original photos were taken.

There is a small quantity of Kodak plastic-film negatives that have intriguing Alpine views among them – probably taken by a member with one of the new-fangled compact Pocket or Box cameras becoming available at the turn of the 19th/20thcentury, who seems to have travelled via Paris and Geneva to the (then) unspoiled area around Chamonix. Having consulted the Alpine Club of Great Britain, they quickly identified these views of mountains, valleys and glaciers around Mont Blancand thus the previous ‘unknown views’ index entry has been vastly improved. 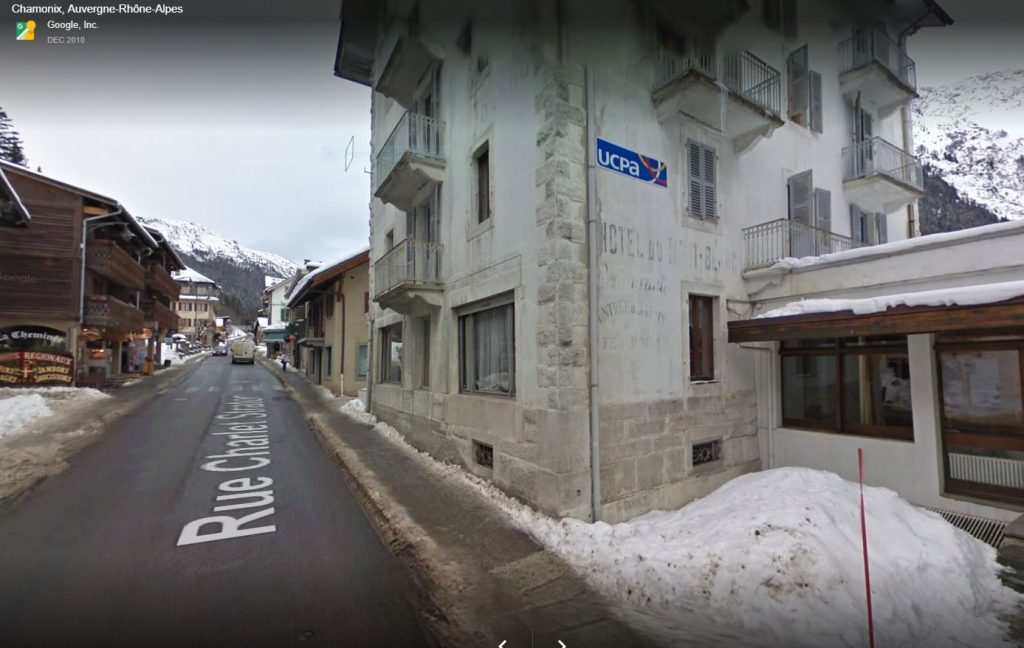 8. Google image of Mont Blanc Hotel in 2010 with buff-coloured Hotel Couronne on left at end of street. Road level has been raised and front door area of Hotel Mont Blanc altered; but the name is still visible on the wall. 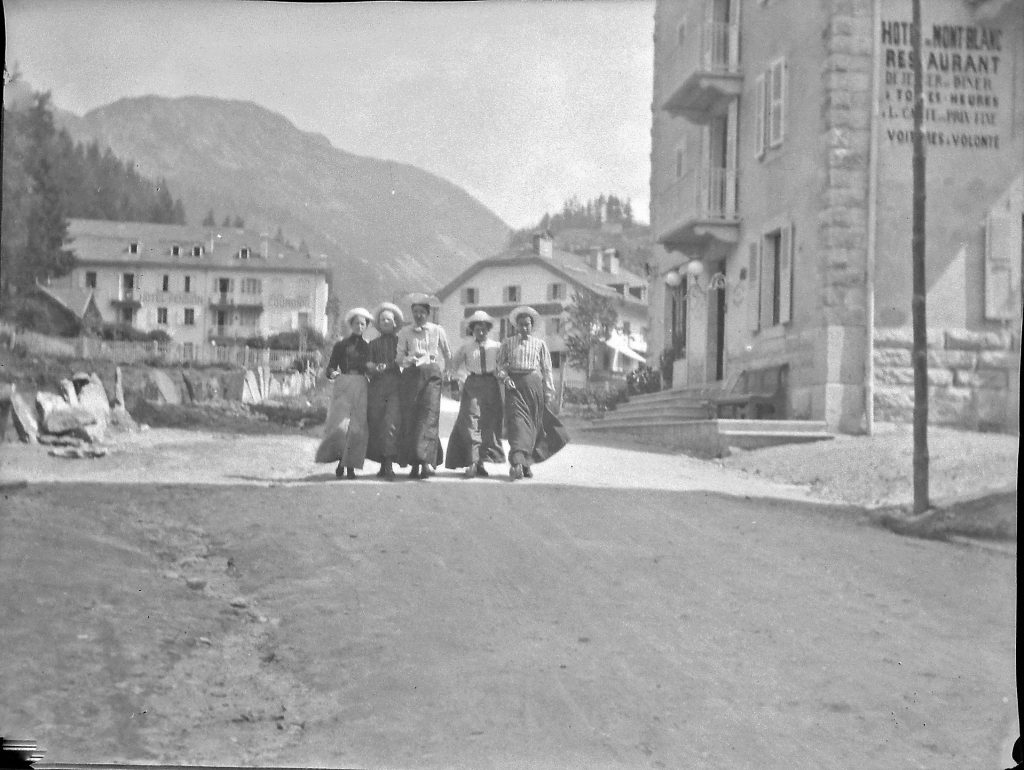 An ‘unknown chapel’ turned out to be a bit of a teaser, but was gradually narrowed down to Weston St John, near Spalding. The chapel is almost unchanged but the whole area surrounding it has been entirely built upon, to the extent that the chapel can no longer be seen from the original camera viewpoint – a factor applying to many of the collection’s images. The growth of trees and houses over a hundred years have, understandably, greatly hidden the old views. 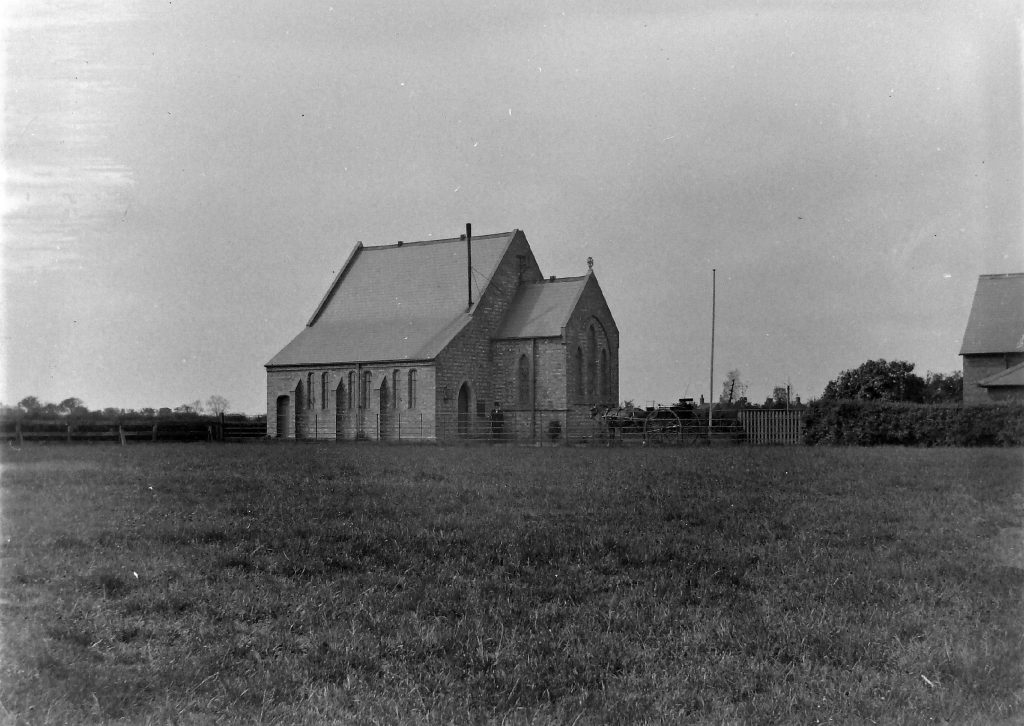 5. B/W 47.007.​A south Lincs chapel? – one of the ‘unknown locations’ – identified now as St John The Evangelist church, Broadgate, Weston Hills; with school building at right. 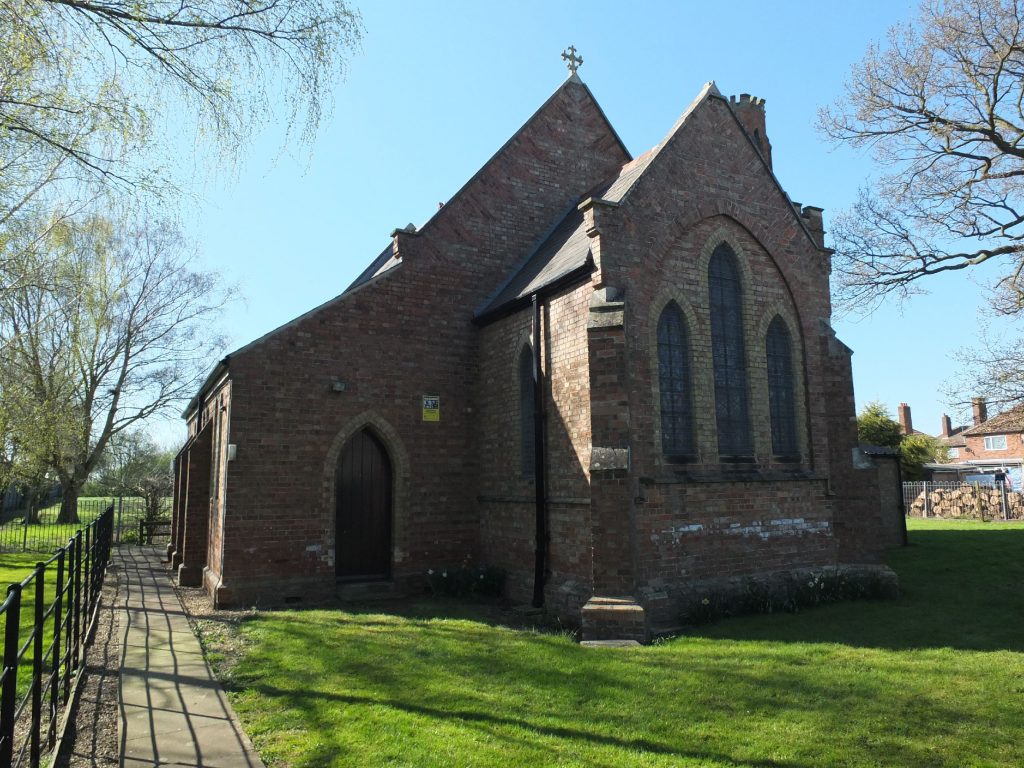 I am sure that the SGS Council will, in due course and Covid-rules permitting, make the collection and perhaps its accompanying Powerpoint presentation, available to a wider audience, since there seems little point in keeping such a fascinating collection of bygone images in a dark cupboard far from the light of day.

Musings from the Museum 16